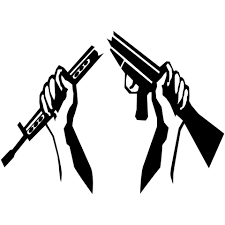 SPEAKING AFTER THE CHANCELLOR’S BUDGET speech, the Peace Pledge Union (PPU) described the Covid pandemic as a deadly reminder that guns and bombs cannot make us safe.

The Peace Pledge Union, the UK’s leading pacifist organisation, said that ‘defence’ should mean laying strong foundations in terms of a well-funded NHS, a fairer economy and greater international co-operation to provide defence from the most serious threats that we face, including pandemics, poverty and climate disaster.

The PPU pointed out that the government’s last three security reviews have all listed pandemics and climate change as security threats – but ministers have ignored their own reviews and gone on equating security with preparations for war.

Prior to the budget speech, Boris Johnson said in Prime Minister’s Questions that the government had halved aid to Yemen due to the financial situation, despite the £16 billion increase in military spending, and the government’s ongoing sale of arms and provision of military training to the Saudi forces bombing civilians in Yemen.

Peace Pledge Union spokesperson, Symon Hill, said: “The myths of militarism have been exploded in the last year. The Covid pandemic has been a deadly reminder that weapons cannot keep us safe. The speed with which vaccines have been produced has shown us what can happen when people around the world work together for common aims.

“If you’ve lost your job because of Covid, or if you can’t afford to self-isolate because you’re on poverty pay, or if your mental health has plummeted and mental health services have been cut, then warships and nuclear missiles won’t make you any safer. Defence and security must no longer be used as euphemisms for war. We need a budget for real security, not for war.”

The PPU has often expressed gratitude to those armed forces personnel who have helped to tackle Covid, such as by building hospitals and administering vaccines. The PPU believes that these people’s skills and commitment could be used as part of well-funded civilian emergency services, rather than as a secondary function of an organisation whose core purpose is to wage war.

The UK has the eighth highest military spending in the world, according to calculations by academics at the Stockholm International Peace Research Institute. A briefing on military spending in comparison with other aspects of government expenditure was produced ahead of the the budget by the the Global Campaign on Military Spending’s UK Working Group, of which the Peace Pledge Union is part.