Why all 16-year-olds should have a vote 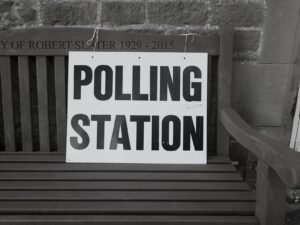 AT THE 1977 CCONSERVATIVE PARTY CONFERENCE, 16-year-old William Hague made a speech in which he conjured up what he feared was the imminent and dreadful prospect of a “Socialist Britain”.

With Margaret Thatcher and many delegates captivated by the rare sight of a teenager in their midst, he cheekily but accurately quipped, “It’s alright for some of you, half of you won’t be here in thirty or forty years time!”. Delighted Conservatives roared with laughter, and a political career was born.

We now know that, at 16, William Hague’s fears were unfounded. Far from being on the brink of socialism, Britain was about to enter a period in which his brand of politics largely prevailed – and continues to prevail. He even went on to become leader of his party. But the damage done in those intervening years, by those politics, means that today’s 16-year-olds have very real worries, and face a very real threat. The climate emergency is not an imaginary construct or rhetorical device, it is an existential threat.

We really can’t be certain how, in the next 70 years, life on earth will be affected by climate change, but we can be sure it will not be good. Extreme weather, rising sea levels, a growing refugee crisis, and even water or food shortages may become a reality for people who are 16 in the UK today. As the Royal College of Psychiatrists declared on polling day, “The disruption to life posed by the climate and ecological emergencies presents an unprecedented threat to our health in the UK and worldwide.”

Young people now have a greater, and far more urgent stake in the future than any generation that has come before. Whether the world fails or succeeds in making the changes needed to save the planet will be decided in the next decade, and if there is any justice, then the people who will have to live with the most severe consequences should at least have an equal influence on those decisions.

This is why it felt so wrong, when the UK went to the polls this week, that all 16-and-17 year olds did not have a vote. In Senedd and Holyrood elections they did (as a result of decisions taken by the governments), but in England and Northern Ireland they were and are shut out. And for elections to Westminster, where political and economic power ultimately lies, everyone in the UK must still wait until they are 18 to be able to vote.

In addition to adding urgency to our approach to climate change, an increase in the number of younger voters could improve policy making in other areas. Polling around the 2019 General Election showed that whilst voters of all ages cared about the NHS, those over 65 were far more concerned about ‘Getting Brexit Done’ and immigration, whilst younger voters were more concerned about poverty, inequality, homelessness, the cost of living and the environment.

But we have an ageing population, and older people are more likely to vote Conservative, so in recent years government policies have generally been geared towards their interests. Putting a ‘triple lock’ on the state pension, whilst benefits for working age people and children were slashed is one example. Another is the housing market. Most teenagers face a future in which rents will consume a huge proportion of their incomes, and buying a home looks impossible. Yet government policies like Help To Buy, and Stamp Duty holidays, ostensibly designed to alleviate the problem, have in fact made matters worse, driving prices higher and making those who own one or more properties, and who tend to be older, even wealthier.

Leaving aside the super-rich, perhaps the biggest economic divide and conflict of interest in the UK today is between those who already own property, and those who don’t. Property owners are unlikely to vote for a party which might threaten the value of their assets, and so may act as a block to progress – but an increase in younger voters could go some way towards restoring a balance, and incentivise politicians to be braver and fairer, on housing and in other areas.

There really doesn’t seem to be any good argument against giving 16- and 17-year-olds a vote. The argument that they may be immature or uninformed just doesn’t bear scrutiny. We probably all know older people who aren’t particularly mature and have no interest in politics, but can vote, and youngsters who are very mature and passionately engaged, but can’t vote. And in a rapidly changing world, perhaps we older voters also need the humility to accept that there will be some areas in which younger people may have greater knowledge and insight than we do.

If we want politicians to think long term, we need more voters who have a long term stake in the future. Giving everyone a vote at 16 could, I believe, be a small but important step towards making the UK a greener, fairer place.

© Bernadette Meaden has written about political, religious and social issues for some years, and is strongly influenced by Christian Socialism, liberation theology and the Catholic Worker movement. She is an Ekklesia associate and regular contributor. Her latest book is Illness, Disability and Caring: A Bible study for individuals and groups (DLT, 2020).  Her latest articles can be found here. Past columns (up to 2020) are archived here. You can follow Bernadette on Twitter: @BernaMeaden