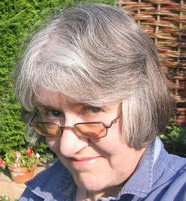 ON SUMMER SATURDAYS, the quiet of the village where I live is sometimes broken by the unmistakeable throb and growl of a Merlin aero engine.

On these occasions, I run outside and am occasionally in time to see a Spitfire or Hurricane looping and diving before disappearing behind trees.

The agility and grace of these small planes – now removed by more than 80 years from their combat role – is a bonny sight. And, despite the surprise expressed by a Twitter friend, it is one which I find strangely moving. I understand his surprise and am grateful for it because it has prompted me to think why this should be and in doing so, have discovered an insight into why so many people respond enthusiastically to Armed Forces Day.

These aircraft are genuinely iconic. That is a greatly overused word, but the purpose of an icon is to take the observer beyond the outer representation into an inner truth. The truth in this instance is that despite deploring the accumulated failings which led from the boneheaded pride of Imperial Europe to the terrible days of the Battle of Britain, I find myself compelled to acknowledge the immense courage of the very young men who held the Luftwaffe at bay and in consequence, kept the horrors of Nazi power from occupying the UK. Boys straight from school, who did not even hold driving licences and had only 15-20 hours of flying training, were sent to their squadrons to engage in deadly aerial combat over the counties of southern England. They died in their hundreds. The legend of ‘The Few’ was born and rightly, has the power to move us still.

The emotions stirred by history and the courage of so many young men, in so many wars, who were sent to pay the price for the stubborn inadequacy and failure of their elders, must not blind us to the terrible futility of allowing war to become the stock method of resolving international disputes. It is when these two distinct things cease to be separated and the outer forms of the former blind us to the truth of the latter, that we may be seduced by pageantry, nostalgia and displays which are intended to stop us from thinking beyond the designs of power.

Keep your eyes on that this Saturday when the government offers up to us the tunes of glory and apparent potency to stop us hearing this truth, so tellingly expressed by Stanley Hauerwas: “As long as it is assumed that war is always an available option, we will not be forced to imagine any alternative to war.”

Remember always “the pity of war” and that the pity must be found in the poetry.

Jill Segger (England) is a freelance writer who contributes to the Church Times, The Catholic Herald, Tribune, and The Friend, among other publications. Her acclaimed book Words Out of Silence was published by Ekklesia in 2019. She is an active member of the Religious Society of Friends (Quakers) and has a particular interest in how spirituality influences our social and political choices. She is a Fellow of the Royal Society of Arts. Jill became an honorary associate director in 2010 and works on editorial issues. She is also a musician and has been a composer. Her recent columns are available here and her pre-2021 articles can be found here. You can follow Jill on Twitter: @quakerpen