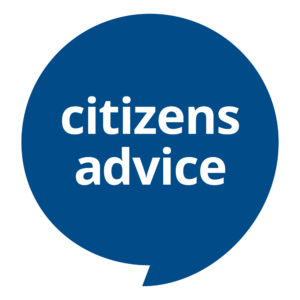 NEW RESEARCH FROM CITIZENS ADVICE has revealed the potential impact of a cut to Universal Credit this October.

A survey of over 2,000 people on Universal Credit shows more than a third (38 per cent) would be in debt after paying just their essential bills if their benefits drop by £20 a week. This is equivalent to at least 2.3 million people. The figure rises to nearly half (49 per cent) of those on Universal Credit in ‘Red Wall’ areas. The average shortfall for people tipped into the red would be £51 a month, increasing to £55 a month in  these areas.

The figures come as frontline advisers say they are preparing for a surge in people seeking ‘crisis support’ this autumn. Citizens Advice has warned that a triple whammy of benefit cuts, rising energy bills and further redundancies as the furlough scheme ends will push families into hardship. Nine in ten of its advisers say they anticipate an increase in people needing support from food banks if the Universal Credit cut goes ahead.

Charlie Young, Project Manager at Arun and Chichester Citizens Advice, says: “So many families we’re helping are just about managing to scrape by. Take away £20 a week and you push them into the red. It’ll be devastating.

“We’re gearing up to provide more crisis support if the cut happens. That means food bank referrals, fuel vouchers and helping parents of babies and toddlers get access to nappies and milk. This type of support is critical, but ultimately nothing can plug the gap that will be left in people’s budgets if that extra money is taken away.”

Shaun is a single dad from Northumberland and has a son in primary school. He previously worked as fisherman but has had to take time off due to health issues. He is already struggling to make ends meet and is worried he’ll fall further into debt if his benefits are cut. “My son is growing all the time, so he always needs something new but I just can’t afford it. I’ve had to cut back and pay the bare minimum in bills just to afford his school uniform.

“I’m doing my very best to give him everything he needs but it’s a daily struggle. I just don’t know how I’m going to cope. I‘d have to go down to one meal a day to make sure my son has enough to eat.”

Previous research by Citizens Advice shows the unequal impact of the cut, with people one and a half times more likely to claim Universal Credit if they are in areas the government has targeted for ‘levelling up’.

The charity’s frontline advisers have spoken of particular concerns about single parents being hardest hit by a drop in income given their essential outgoings. Dame Clare Moriarty, Chief Executive of Citizens Advice, said: “A cut to Universal Credit this autumn will be a hammer blow to millions of people. It undermines our chance of a more equal recovery by tipping families into the red and taking money from the communities most in need. The government must listen to the growing consensus that it should reverse course and keep this vital lifeline.”

Responding to the warnings of sharp rises to household indebtedness if the planned cut to Universal Credit goes ahead, Joe Cox, Senior Policy Officer at Jubilee Debt Campaign said: “During the pandemic, levels of problem debt have risen sharply and this autumn millions of struggling households are facing a cliff edge as the government winds up Covid support measures.

“Unless the government reverses the planned cut to Universal Credit and introduces a grant scheme to help those that need it to reset their finances, households up and down the country will be weighed down by years of ‘long-Covid debts’. This would not only have far-reaching social impacts but will stunt any chance of a sustainable and fair economic recovery.”