Quakers speak out on Policing Bill 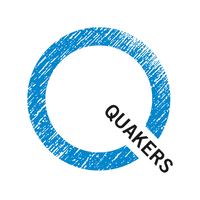 BRITISH QUAKERS have helped to coordinate a joint open letter to the government about the Police, Crime, Sentencing and Courts Bill which has been signed by over 350 organisations.

The bill has passed through its Commons stages without any significant changes to parts 3 and 4. Peersl debated it in the House of Lords for the first time on Tuesday 14 September. Quakers in Britain and the other members of the alliance briefed Peers ahead of the debate and will continue lobbying for amendments.

Quakers are particularly concerned about the ways in which the bill would restrict the right to protest, and its impact on marginalised groups such as Gypsies and Travellers.

Oliver Robertson, Head of Witness and Worship at Quakers in Britain, said: “Protest is vital to Quakers because it’s one of the ways we put our faith into action. We speak out when our conscience tells us we cannot stay silent on injustice in the world. We hope that the diversity of organisations signing this joint open letter will convince the government to rethink its plans as the bill continues its passage through parliament. We uphold all those who would be negatively affected by this undemocratic bill, including People of Colour and the Gypsy and Traveller community.”

* The joint open letter is here.

* Read the Briefing for Peers here.